The Nucleus is the alter ego of Rhyme Skeme front man Ollie Twist. On Halloween of 2005 the Nucleus album was released on 1,000 CDs. Sonically the record explores a darker sound than the usual Ollie Twist record, riddled with record scratching, orchestrated movie samples and guitar tracks. At the time, the Nucleus album was downloaded more than any other Rhyme Skeme project to date. Below is the full length record, followed by two collections of B-Sides entitled "B-Positive Cuts" & "The Nucleus Promo". Ollie Twist recorded over 50 tracks during the Nucleus recording sessions, most of which are available on this page. 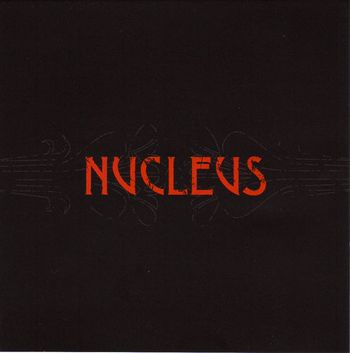 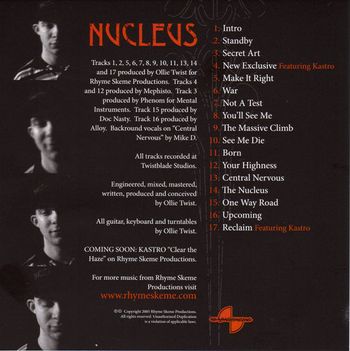 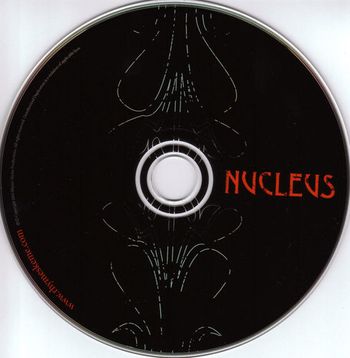 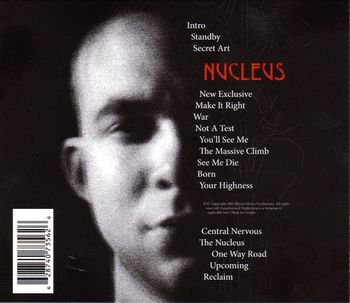 Share photo gallery
After the release of the Nucleus album in 2005 a collection of tracks that did not make the final cut were arranged under the title "B Positive Cuts". This is the second collection of Nucleus (Ollie Twist alter ago) compositions that was composed into a B side project along with The Nucleus Promo. Alas, this compilation of songs (B-Positive Cuts) was never released physically or digitally, until now...

The result is now being offered as a companion piece to the 2005 album that now exists in full length format on this website. Historically it is an important project in the Rhyme Skeme Productions body of work and has held up well considering it's age. At the end of the day these songs deserve a slot in our timeline and should be heard rather than left unexposed. As an additional concession this album includes two more recent, and also unreleased, bonus tracks "Approaching Wolves" & "Never Ends".